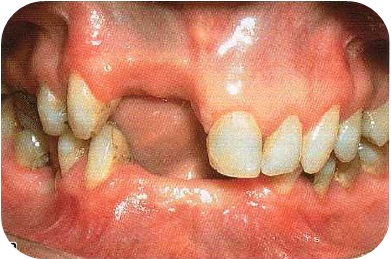 (b) A pouch was prepared to receive an interpositional graft. Epithelium was removed from the borders of the recipient site to permit some of the graft to be placed above the level of the surrounding tissue in order to gain apico-coronal augmentation. 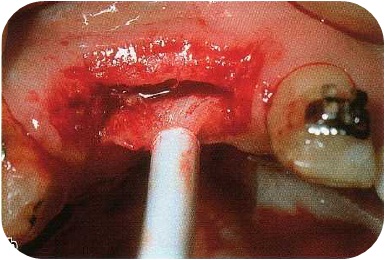 (c) The wedge-shaped graft was 10 mm thick at its center. 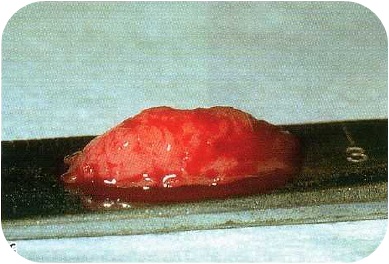 (d) The interpositional graft is both displacing
the labial surface of the pouch in the labial direction as well as gaining height to the ridge. 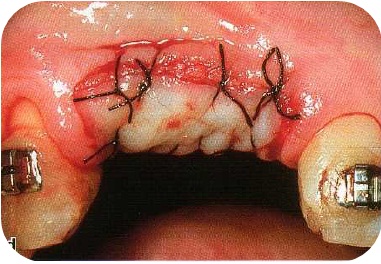 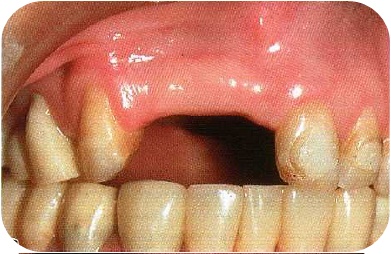 (f) A second-stage onlay graft will be used to
create a papilla and fill the dark triangle between the pontics. 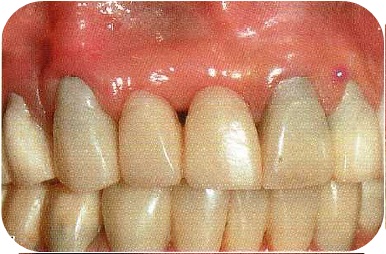 مرحلة ثانية :
(g) Two months after the first surgical procedure, the ridge was de-epithelialized and cuts were made
into the connective tissue prior to placing the second-stage onlay graft into position. 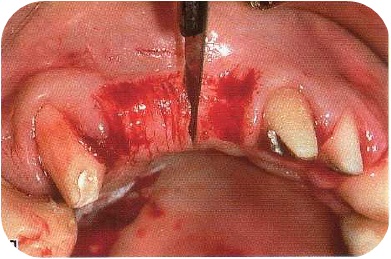 (h) The onlay graft was sutured into position. 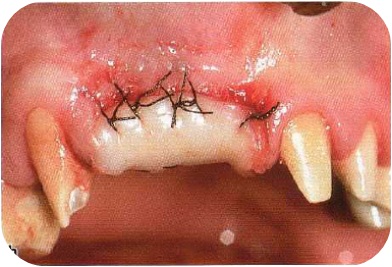 (i) The pontics were adjusted and brought into light contact with the graft. 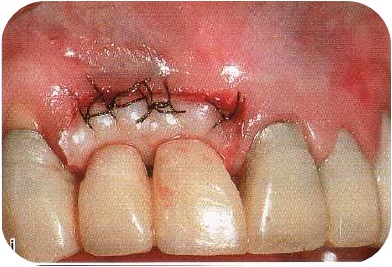 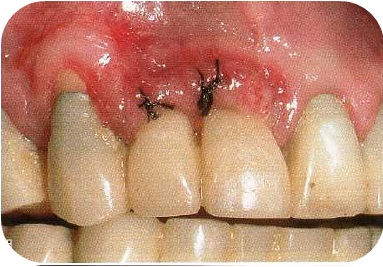 (k) Two months following the second surgical procedure, a gingivoplasty was performed to deepen the pontic receptacle sites for the ovate pontics. 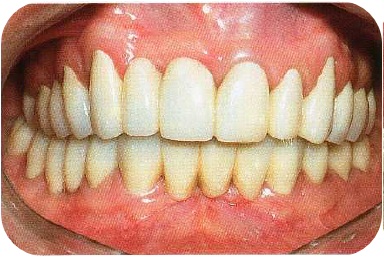