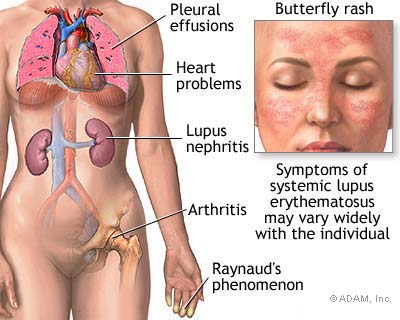 Some call it the “great imitator,” because its symptoms vary so widely that it is often mistaken
for other disorders. Systemic lupus erythematosus, often referred to simply as lupus, is a serious
disease affecting the joints, kidneys, and skin. Although lupus can be a fatal disease, there is much reason for hope. Improvements in therapy have significantly increased life expectancy and
quality of life. 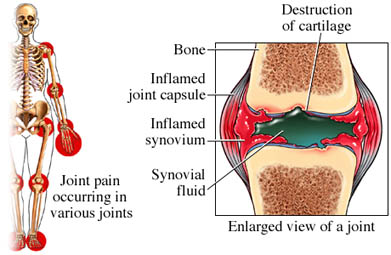 • Lupus affects 10 times as many women as men.
• Treatment depends on the type and severity of symptoms you experience.
• Given its complex nature, lupus requires treatment by a rheumatologist and your own
active participation in maintaining your health. 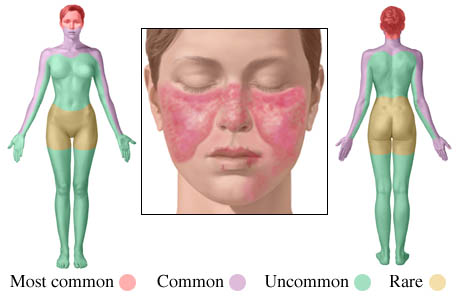 Systemic lupus erythematosus (also called SLE or lupus) is a chronic inflammatory disease that
can affect the skin, joints, kidneys, lungs, nervous system, and/or other organs of the body. The
most common symptoms include skin rashes and arthritis, often accompanied by fatigue and
fever. The clinical course of SLE varies from mild to severe, and typically involves alternating
periods of remission and relapse. 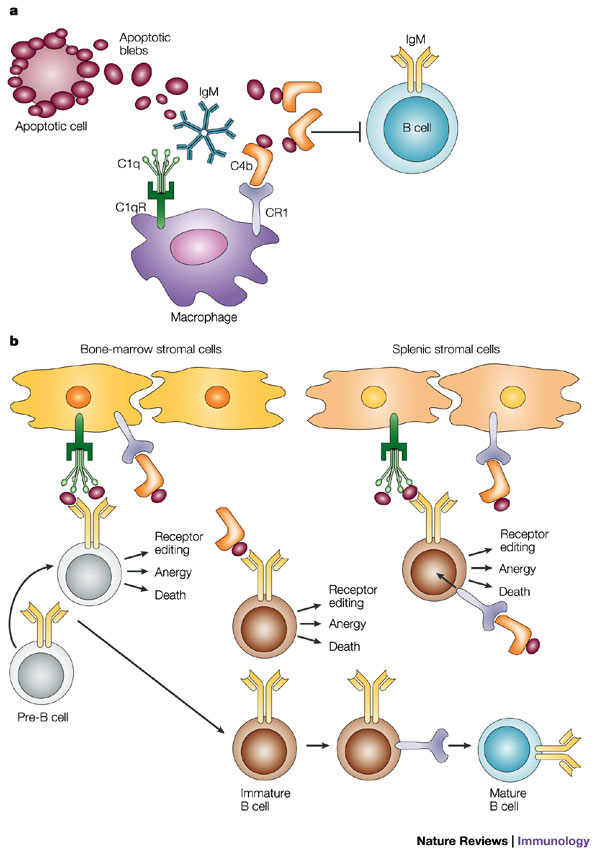 SLE is an autoimmune disorder which develops when the body's own immune system, which
normally protects against cancers and invading infections, begins to attack the patient's own
tissues (known medically as a “loss of self-tolerance”). This occurs first through the production
of “auto-antibodies” (antibodies are immune system cells that attack foreign microbes; autoantibodies
attack a person's own cells). As the attack continues, other immune system cells join
the fight. This leads to inflammation, blood vessel abnormalities (vasculitis) and deposition of
immune system cells in organs which causes tissue damage.
It is not known why this inflammatory reaction begins, but it probably occurs because of some
combination of inborn or hereditary predispositions and environmental factors (such as viruses,
the ultraviolet rays in sunlight, Silica dust, and allergies to medications). Recent research
suggests that people affected by lupus may have a defect in the normal biological process of
clearing old and damaged cells from the body, which then causes an abnormal stimulation of the
immune system.

SLE occurs 10 times more often in women than in men. The disorder typically develops in
people in their twenties and thirties. SLE is more common in certain ethnic groups, particularly
in blacks and Asians, who also tend to be more severely affected.

How lupus is diagnosed? 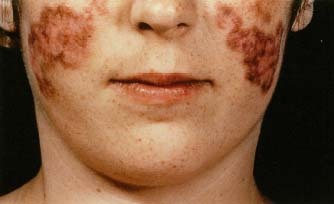 Diagnosis of SLE may be suspected on the basis of symptoms, but is confirmed by a series of
blood tests. Of particular interest is the antinuclear antibody (ANA), which is present in virtually
all the patients with lupus. Other tests such as the anti-double strand DNA (dsDNA) and antismith
antibodies (Sm) are more specific and are used to confirm the diagnosis of lupus. The
levels of certain complement proteins (a part of the immune system) are also used to help
diagnose and monitor the disease.
If anti-phospholipid antibodies are present, this not only helps to establish a diagnosis of lupus,
but also indicate there is an increased risk of specific complications. These include an increased
risk of miscarriage and an increased risk for developing blood clots that may lead to stroke or
lung injury. Typical clinical features include:
• Fever, fatigue, and weight loss
• Arthritis involving multiple joints for several weeks
• Butterfly-shaped rash over the cheeks or other rashes
• Skin rash appearing in areas exposed to the sun
• Sores in the mouth or nose for more than a month
• Loss of hair, sometimes in spots or around the hairline
• Seizures, strokes and mental disorders
• Blood clots in different locations
• Miscarriages in some patients
• Blood or protein in the urine or tests that suggest poor kidney function
• Low blood counts (anemia, low white blood cells or low platelets)
• Other symptoms include chest pain when the patient breathes deeply, heartburn,
abdominal pain and poor circulation to the fingers and toes.
All of these symptoms can develop gradually, making lupus hard to diagnose. (See section below
on the role of a rheumatologist.) 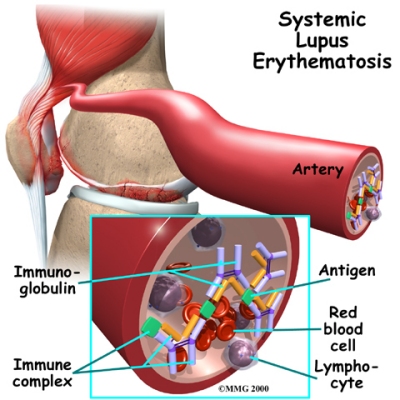 How lupus is treated?

Management of SLE can be a challenge. Treatment depends on symptoms and their severity.
Careful and frequent medical evaluation is therefore important for monitoring symptoms and
adjusting treatment as necessary.
Conservative treatment is appropriate for patients with muscle or joint pain, fatigue, skin
manifestations (such as rashes), and other features that are not life-threatening. Conservative
options include nonsteroidal anti-inflammatory drugs (NSAIDs) such as ibuprofen (Motrin,
Advil) and naproxen (Naprosyn) and anti-malarial medications such as hydroxychloroquine
(Plaquenil).
More aggressive therapy is required for life-threatening and more serious manifestations such as
kidney inflammation, lung or heart involvement, and central nervous system symptoms.

Treatment in these circumstances might involve high dose corticosteroids such as prednisone
(Deltasone) and other immunosuppressive drugs such as azathioprine (Imuran),
cyclophosphamide (Cytoxan), and cyclosporine (Neoral, Sandimmune). Recently mycophenolate
mofetil (CellCept) has been used to treat severe lupus kidney disease. Sometimes several
medications must be combined to control the disease and prevent tissue damage.
Treatment depends upon an individual assessment of risks and benefits. Most
immunosuppressive medications, for instance, may cause significant side effects such as
increased risk of infections, nausea, vomiting, hair loss, diarrhea, high blood pressure, and
osteoporosis. Rheumatologists may also reduce or discontinue a medication after the disease
goes into remission for a period of time.
Clinical trials to evaluate new treatments are always being undertaken, with the hope that more
promising drugs will be identified and made more widely available.

Even when it is not active, SLE may cause complications later on. One of these problems is
accelerated atherosclerosis (clogging of the arteries), which increases the risk of heart attacks and
other cardiovascular events like heart failure and strokes. This makes it crucial to try to prevent
such complications by reducing other risk factors for heart disease such as smoking, high blood
pressure, and high cholesterol. SLE may also cause kidney disease, which can progress to renal
failure and require dialysis. This can be prevented by the early and aggressive treatment of the
first signs of kidney disease.