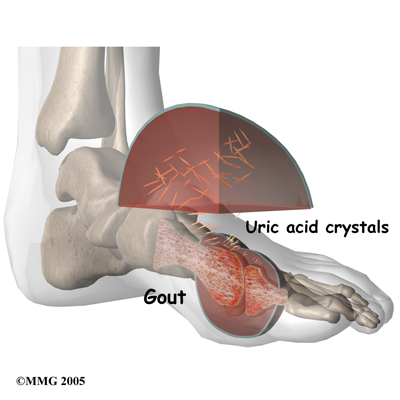 Gout is one of the oldest disorders known to man. It is a disease in which certain chemical
processes of the body are impaired resulting in the build up of too much uric acid. Gout is
characterized by sudden attacks of extremely painful, swollen, hot joints.

Almost all people with gout have hyperuricaemia (too much uric acid in the blood). However not
everyone with hyperuricaemia has gout. Uric acid is a normal waste product from the breakdown
of purines. Purines are found in most foods but some foods are much richer in purine content.
Uric acid is normally dissolved in blood and removed through the kidneys. Hyperuricaemia is
the result of either the body producing too much uric acid or the kidneys not clearing it fast
enough.
In people with gout, uric acid changes into crystals which are deposited in joints and other
tissues. Such deposit of uric acid crystals is called a tophus. The crystal deposit in the joint
irritates the synovium (joint lining) resulting in inflammation. The joint becomes painful,
swollen, red and hot. This is called an acute attack of gout.

Hyperuricaemia and gout can be inherited. It can also occur as a complication of other conditions
such as kidney damage, leukaemia. Some drugs can cause hyperuricaemia. Diuretics (drugs used
to reduce excess fluid or control blood pressure) are one such group of drugs frequently found to
cause gout in the elderly.
The majority of gout sufferers are men over 40 years old. Women usually have gout after
menopause. In the past, gout was thought to be a disease associated with "high living". It is now
known that it can occur in people from all walks of life. Gout can be triggered by :
• drinking alcohol
• eating too much
• extreme dieting
• surgery
• injury to joints

What are the Signs of an Attack of Gout?

An attack often occurs very suddenly with the maximum intensity of pain reached within a few
hours. The joint can be extremely painful and is often swollen, warm and red as well. The very
rapid development of joint pain is a feature that differentiates it from most other forms of
arthritis.
The most common joint affected is the first joint of the big toe. Other joints that may be affected
are the knee, ankle, foot, hand, wrist and elbow joints. The shoulder, hip joints and the spine are
rarely affected. 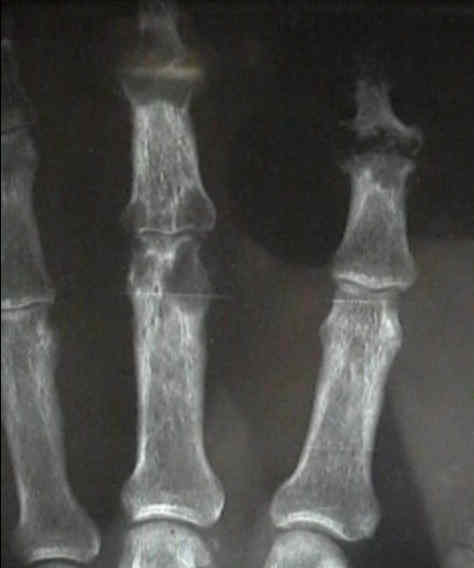 What Happens if the Disease is not Treated? 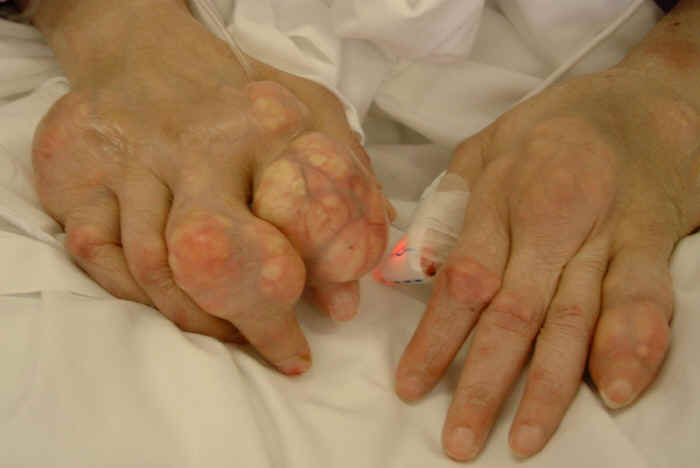 In the beginning, attacks of gout are few and far between. Each episode lasts for only a few days
and in between attacks the person is well and has no symptoms. If the disease is not controlled
by medication, attacks may become more frequent and tend to last longer. Repeated attacks can
damage the affected joints. Once the joints are damaged, the person may experience stiffness and
limitation of motion even after the attack of gout is over.
In some patients, uric acid crystal deposits called tophi form lumps under the skin. They are
often found in or near severely affected joints, in or near the elbows, over the fingers and toes
and along the outer edge of the ears. If untreated, they can damage the affected part of the body.
Uric acid crystals can form stones in the kidney and its collecting system, the tube connecting the
kidney to the bladder (ureter) and in the bladder. These stones can cause pain (colic) but more
importantly, they can cause kidney damage through repeated infection or obstruction to the flow
of urine. Factors that predispose to stones are:
• A diet rich in purines
• Not drinking sufficient fluids
• Having a very acid urine

How is Gout Diagnosed?

Your doctor will ask you to describe the onset and nature of your joint pain. He/she will also
look for tophi deposited under the skin. Blood will be sent for uric acid measurement. It is often
high if you have gout. A high blood uric acid is not needed for the diagnosis of gout to be made.
The best diagnostic test is the presence of uric acid crystals in synovial fluid (joint fluid removed
from an affected joint).

What is the Treatment for Gout?
[align=center] 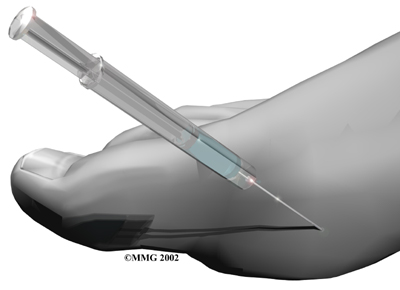 The person with hyperuricaemia and gout is advised to go on a special diet. In addition,
medications to be used either during attacks of gout or on a long term basis may be prescribed.
Treatment of gout has to be individualized and for a particular person, it may change from time
to time depending on his condition. Three different groups of drugs are used in the treatment of
gout:
• anti-inflammatory agents such as colchicine and non-steroidal anti-inflammatory drugs
(NSAIDs)
• uricosuric agents which increase the body's ability to get rid of uric acid in the urine
• allopurinol which decreases the uric acid level in the blood by decreasing its rate of
production
Colchicine is the oldest drug used in the treatment of gout. It gives prompt relief when taken at
the first sign of an attack. It is less effective if taken after the attack has been present for more
than two days. Colchicine can also be taken daily in a much smaller dose to prevent further
attacks of gout. The common side effects of colchicine are diarrhoea, nausea and abdominal
cramps.
NSAIDs such as indomethacin can be used during an acute attack of gout. Like colchicine, these
drugs are sometimes used to prevent an acute attack of gout when a person is first started on
allopurinol or a uricosuric drug.
Steroids given by mouth or by injection into the affected joint can give relief during an acute
attack as they are also anti-inflammatory in action.
Uricosuric drugs lower the blood level of uric acid by increasing its excretion in the urine. These
drugs can therefore reduce the size of tophi and prevent deposition of crystals in joints. They are
not meant for the treatment of an acute attack. Patients should drink plenty of fluids as the
increased excretion of uric acid in the urine may lead to the formation of stones in the kidneys,
ureters or bladder. Two uricosuric agents are sulphinpyrazone and probenecid. Aspirin should
not be taken with probenecid or sulphinpyrazone as it blocks the effects of these drugs on the
kidney.
Allopurinol also decreases the blood uric acid level. It does this by interfering with the
breakdown of purines. It will also reduce tophi size and prevent formation of crystal deposits in
joints and other tissues. Like uricosuric drugs it has to be taken continuously. Side effects
include allergic reactions involving the skin, kidneys, liver, and gastrointestinal upset.
Your doctor will decide what kind of drug you need and whether you need continuous treatment.

Those who are overweight should be on a weight loss program. However they should not go on a
crash diet as this can make the gout worse. Foods to be avoided:
• Liver
• Kidney
• Brain
• Heart
• Fish roe
• Mussels
• Anchovies
• Herring
• Sardines
• Beer
• Wine 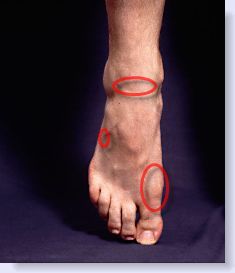 Surgery is rarely used to treat gout. Occasionally surgery is required to remove infected tophi or
tophi that interfere with joint movement. In patients with crippling joint disease, surgery to the
joints can improve function and mobility. 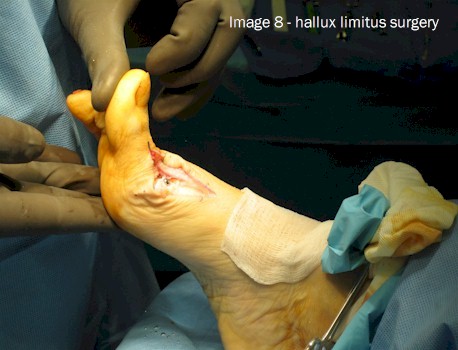